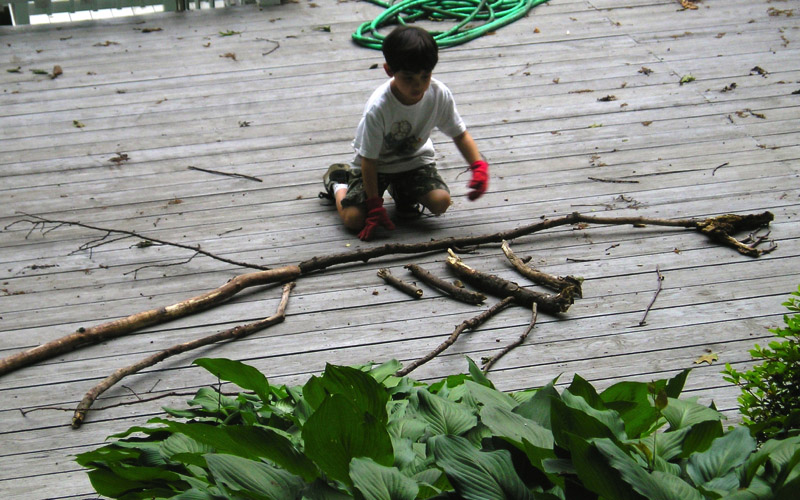 One day after a wind blown summer storm, my 7-year-old grandson, Matthew, and I collected fallen debris from trees and other rubble, piling fragments of dead branches in a corner of the deck. As we stacked final bits, I remarked how great it was to have his help. “Now, it’s time to get the recycling bag, yes?”

One piece after another found its way into an outline of a slender, but meant-to-be ferocious dinosaur, a carnivore with long stick teeth, skinny back legs (but powerful, I was assured), and small forearms, each with three deadly claws. These weapons along with the no-holes-barred usage by T-Rex-types inspired Matthew to create images of them with any available material, his way of evoking their spirits and for the moment erasing the fact of their extinction. 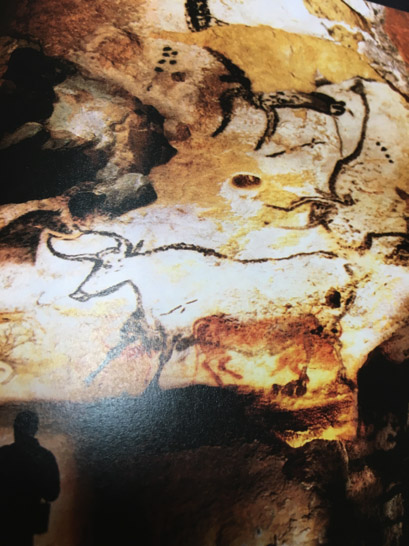 I connected Matthew’s T-Rex fascination to photos of cave paintings I’d studied of muscular bulls, their slender horns pointed like spears, their posture displaying their willingness to gore or trample whoever happened to cross their path.

Gregory Curtis writes that these drawings from 10, 000 years ago represent the animals that primitive people valued, not because they were useful, but because their prowess struck terror and reverence in their hearts, emotions that merged with things spiritual and mythological. (The Cave Painters, 17) 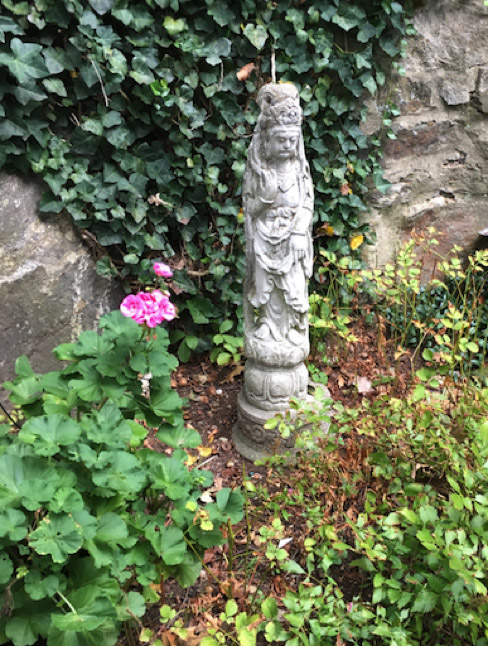 I believe the significance often rests in the magic of an image to evoke deeply embedded feelings not yet subdued by words. The impulse-to-image begins early as it did for Matthew and lives on as it has for me–most recently by my placement of a small statue of an Asian goddess in the garden plot just outside my back door.

Visible from my work space, she exudes a thoughtful and peaceful demeanor, the perfect companion for hours spent writing. In winter with outdoor growth in remission, we keep each other company until the foliage returns. Matthew’s dinosaur eventually found it’s way into the recycling bags. But I have the photo stored in my computer. Hopefully it will last, if not thousands of years, a good chunk of time into the future.