Here’s to You, Mrs. Robinson 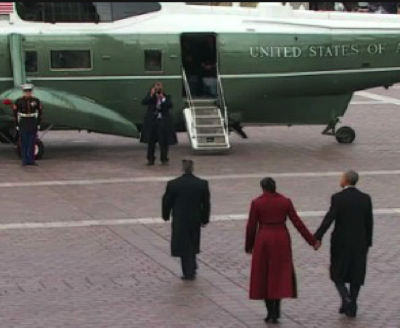 The images of the helicopter departure of Michelle and Barack Obama from the White House on January 20 felt awkward, certainly theatrical, if not slightly surreal. Don’t get me wrong, everyone played his or her part and the exit went off without a hitch. What nagged was, where were the girls, Sasha and Malia? Or, perhaps more accurately, how can our first family of the last eight years depart—even symbolically—without the children and, as important, without their grandmother, Mrs. Robinson, who has been with them all this time.

I rejoiced at the news of her living at the White House back in 2009. What could be better for the family than to have Mrs. R’s support for Malia, 10, and Sasha, 7, to have the mother of their mother step in as emotional resource (for all the family I would think) and as confidant and friend? She’s the one who’d played family backup when home was in Chicago. According to Barrack, he wouldn’t have launched his presidential campaign without Michelle’s support, a contingency that was only fulfilled when her mother agreed to step in when the parents were on the road. For this, my thanks to you, Mrs. Robinson, a bit belated, but please know it comes from the bottom of my heart.

That was the point when Mrs. R. retired from her job as executive secretary so she could be there to fill the gap, something we grandmothers tend to do well. Our love, like mom and dad’s is boundless. But there is a difference. In our wisdom granted by our elevated age, we know it takes a long time, with much toing and froing, one step forward and several back for youngsters to grow up. Time frames are important but need to be enforced with care, always pulling the good from the bad and distilling the motives to be admired from those actions that are best discarded. To play this role, however, you have to be there and that she was. 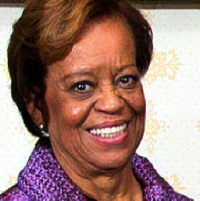 I imagined weekday evenings after dinner (Mom and Dad still buried in their work) when the girls and Mrs. R. go to their quarters to do homework. Conversations among the three interrupted periods of quiet concentration: questions were raised or maybe favorite selections from books shared. As the evening wore on, probably a snack appeared, cookies with a liquid of choice, and eventually the signaling of lights out prefaced by prayers or just thoughts about the day. So often it’s the little moments shared between old and young, those split seconds, precious in their ordinariness, that eventually fill the coffers of never to be forgotten memories of loved ones. Here’s to you, Mrs. Robinson. I appreciate you more than you will ever know.